A seemingly never ending series of absurd statements from officials continued yesterday, as Detective Chief Inspector Lars Henriksson from the National Bureau of Investigation commented the ongoing debate over Internet censorship in Finland. He threatened maintainers of mirrors of the wrongfully censored anti-censorship site lapsiporno.info (mirror) with possible legal actions. The censorship is made possible by a poorly prepared law encouraging ISPs to block access to sites listed as child pornography in a secret document maintained by the Police.

“Those who maintain this kind of pages [mirrors of lapsiporno.info] should now consider, and ask a legal adviser, what a wise decision would be.”
…
“The matter can be discussed in a more sensible manner”
…
“We’ll take one step at a time. everything can’t be done at once. It remains to be seen what’s ahead.”

Why is this experienced and respected(?) member ofÂ  the Finnish law enforcement recommending maintainers of lapsiporno.info mirrors to to seek legal counseling? Why are ISPs blocking a site when the originating server could be removed easily, if there were any legal grounds for doing so? And what part of publicly speaking against this sort of behavior is not perfectly sensible?

As I reported yesterday, the lack of any legal arguments for removal didn’t help a student whose access to IT systems necessary for him to perform his studies was suspended due to him keeping a mirror of lapsiporno.info on his personal web space. TKK, the university where this happened, apparently supports censorship. 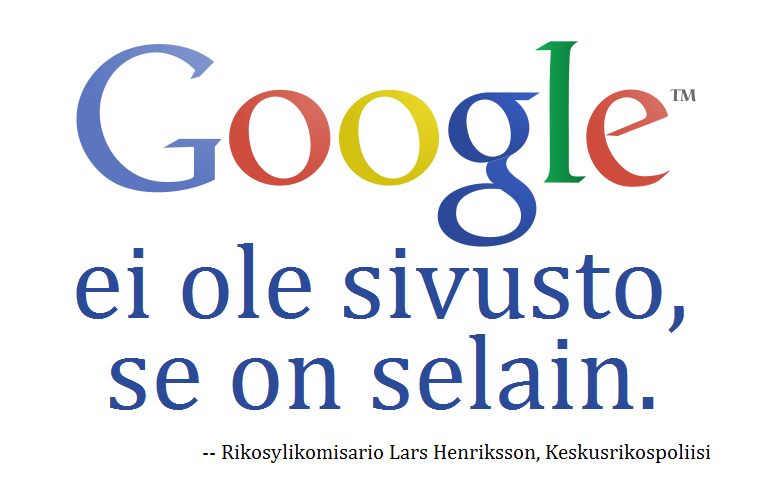 In addition to not being familiar with very basic IT terminology, at least not when confronted over the phone, Henriksson doesn’t understand that both Google’s search results and the list on lapsiporno.info are the output of programs crawling the web (mirror). Where and how should the inappropriateness of the rules be discussed, if not by exposing the flawed blocking practices on a website?

If your geographic location allows you to do so, please join the demonstration against Internet censorship in Finland next Tuesday (2008-03-04) in Helsinki. For more info, see the website of the event.

Start the Discussion!Leave a Reply